My Family's Journey Through ALS and Beyond by Donna Dourney York 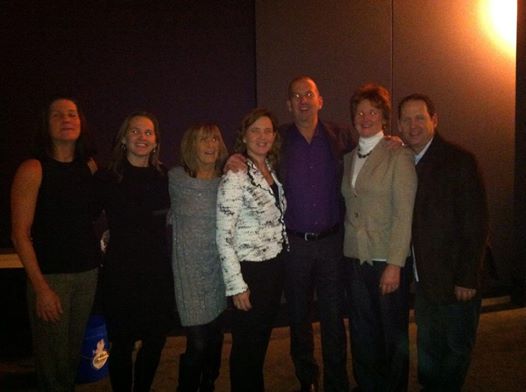 “I believe your father has ALS and I wouldn’t wish it on my worst enemy.”  That was how the top neurologist at NYU Medical Center told us our father had ALS,  18 months later, after losing his ability to walk, talk, swallow and breathe, he took his last breath.

My dad was 78 years old and still teaching tennis, coaching, playing golf and going out every night.   My mom had passed away 6 years before this so he had been a widower for some time.  He took to being single quite well and frequented local bars most nights to socialize and meet women.  He wasn’t a drinker, by any means, he usually would nurse one drink the entire night, and he was also quite frugal, as he got older, so that may have had something to do with it too!  He was not your average 78 year old and was always much younger then his years.  I believe this was also the time he started using Just for Men to cover the gray hair on his head but he had hair on his chest that grew out of his shirt and was totally gray.  He also wore V-necks quite a bit so I’m not sure if he related the 2 or just didn’t care, which was more likely.  In any case, you would never take him for a 78 years old, at least not most people’s idea of that.

My husband and I had moved in with him for 8 months while we were renovating our house and we started to see symptoms of something not right with him.  We ate dinner together almost every night and once in awhile he would choke when he took a sip of wine, we just chalked it up to the fact that he ate 100 miles an hour and never gave his mouth enough time to recover between bites.  He also started talking like he had a few too many and my husband asked if he was drinking during the day.  It was not like my dad to drink a lot, it wasn’t out of the realm of possibilities but just didn’t seem likely.  He then kept saying that he had too much saliva in his mouth and so I took him to an ear, nose and throat doctor that a friend recommended.  She did an exam, put a scope down his throat and asked him if he choked a lot.  He said, “No”, I said, “What the hell are you talking about, you choke every night!”  He laughed and said, “Only when I drink wine.”  She said she could not find anything through her exam and suggested we see a neurologist.  He shrugged it off and said forget it, I’m not going I’ll be fine, as all men tend to do!

A few months went by and it started to get worse, he slurred his speech a little bit more, choked more often and also started tripping when he walked, which was not a normal thing for him.  It is for me but that’s another story.  My brother, who was also living at his house at the time, said he seems to be getting worse maybe we should take him to another doctor.  I made an appointment with a neurologist in Morristown and went with him; I always did since he often lied to doctors about what was going on.  The doctor did a physical exam first, testing his reflexes, checking muscle functions and observing his balance, speech and how he walked.  They also did an EMG, an Electromyography, a test that evaluates and records the electrical activity produced by skeletal muscles.  It’s a painful test but, of course, he never complained about any of that.  The last test was an MRI and said they would have the results in a week or more.  We went back about 2 weeks later, they said they couldn’t find anything wrong in either of the tests and to come back in a month if nothing changed.

We went back to seemingly normal, he continued to so what he always did and I guess, looking back, we waited to see if the symptoms would go away.  After all the neurologist said there was nothing they could find and they’re doctors so they have to be right.  A few months went by and he continued to get worse, he was choking a lot, had a hard time talking, still had a lot of saliva in his mouth and had a hard time picking up his left foot, tripped a lot but, at this point he hadn’t fallen yet.  Once again we decided we needed another opinion about what was going on, never thinking it might be something that would kill him in less then two years.

We were recommended to the top neurologist at NYU Medical Center by a close friend that worked there and made an appointment.  We went in for an initial consultation and were scheduled for another EMG and another MRI.  My sister came with me for the initial consultation, the doctor basically examined my dad, had him do some balance exercises and say Lulu over and over again, which my sister and I almost fell over laughing as he was trying to do it.  Suffice it to say it didn’t really sound like Lulu, little did we know how significant that would be and how profoundly the loss of speech would affect him and the entire family.